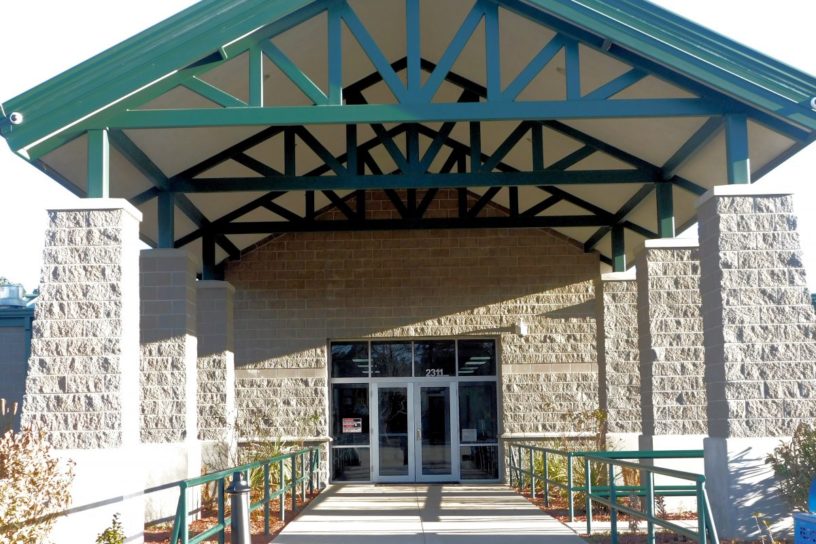 Built and opened in 2003, the Angelina County Detention Center houses a maximum of 279 inmates. The Sheriff of Angelina County is responsible for the care, custody and control of individuals who have been alleged to have committed a crime. Individuals charged with offenses ranging from Class “C” misdemeanors to Capital Murder.

The Angelina County Detention Center is located at:

Various items of food, beverages, stationary items, personal hygiene articles, clothing, shoes etc., are available for purchase from the inmate commissary. Stockpiling of commissary items for resale to other inmates, for gambling or bartering purposes, is strictly forbidden. All property maintained by the inmates in their cell will be stored in a neat and orderly fashion. Inmates who violate this rule will be subject to disciplinary action. All commissary must be entered over the phone by the inmate before Tuesday 10:00 AM. Orders will be passed out on Wednesday. Indigent will be ordered by filling out an Inmate Request Form with name, S.O. #, and indigent written on the form and turned in prior Friday at 8:00 AM. To receive indigent you cannot buy anything from commissary and your balance must be less than $50. All money must be deposited into your account prior to 8:00 AM on Tuesday morning. 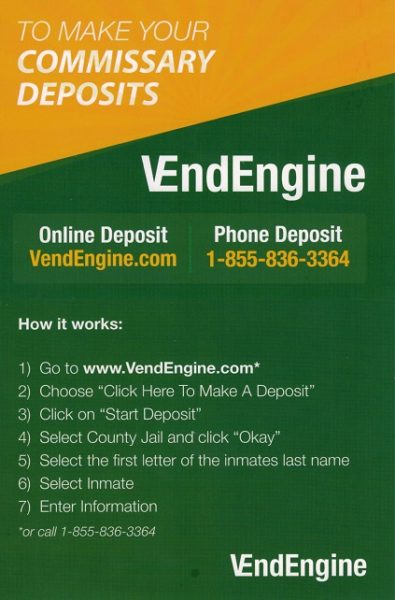 Beginning March 28, 2022, the Angelina County Jail will begin to utilize a new system to process the mail. Non-Privileged Mail (non-Legal) will need to be sent to the following address in the following format:

The mail service will scan the mail and send it directly to the inmates on the kiosk. There are certain rules and guidelines that are going to be uploaded to the kiosk for the inmates to refer to. Also, effective Monday, March 14, 2022, the Angelina County Jail will no longer be accepting packages mailed to this facility, unless it is a bible that is mailed directly from a church, Not Amazon. The guidelines for mail are very clear on what’s acceptable in the mail. Please refer to this document for mail rules.

You may write anyone as often as you wish, provided your letters do not in any way violate U.S. Postal Service regulations. For Inmates, to send letters, you must do the following:

Once the mail is received for processing it will be scanned in at the central processing location and then will be sent to the inmate electronically via the same messaging system referenced above and the inmate can then view it on the kiosk in their cell. There will be no exceptions for receiving mail that does follow the above guidelines.

How do I receive phone calls from an inmate?

inmates can make outside calls to approved family and friends.  No incoming calls can be received except for voicemail messages to approved inmates. Each inmate will be given access to the telephone during the booking process. Telephones for private use are located in each housing area.

The calling rates for Angelina County Jail are shown below: